Embassy of Sierra Leone, in the state of Kuwait.

Notice:  If you have problems displaying this page correctly in Internet Explorer, kindly use Mozilla Firefox.....Download from Link below;

The Republic of Sierra Leone was a British Colony from 1808.  She gained her Independence from Great Britain in 1961 and became Republican State in 1971.

From 1991 – 2002, the country experienced an excruciating fratricidal war.  1992 – 1996 Sierra Leone was ruled by Military Juntas (NPRC).  1996 – 2007 this small, but great nation of about six million people with strong desire for democracy elected His Excellency Dr Ahmad Tejan Kabbah, President and Head of State.

The Turning point of the Republic of Sierra Leone:

In 2007, the people of the Republic of Sierra Leone reposed their confidence and trust in the opposition leader Ernest Bai Koroma and elected him in free, fair and democratic elections.

As consequence of the war and the ineptitude of the past regimes, His Excellency Dr. Ernest Bai Koroma inherited a very weak state economy, dark country and dilapidated infrastructures.

He has spent these momentous five years in setting the pace for development and transformation of Sierra Leone for generation yet unborn.

Lets come together to build a better Sierra Leone. Remember, it’s the only Sierra Leone in the whole world.

Click Here to read the report of His Excellency Dr. Ernest Bai Koroma on the progress of the transformation.

Welcome to the Sierra Leone Embassy in Kuwait.

Road Map to the Embassy

Welcome to our new re-branded website. It's part of our effort to provide a more efficient and user friendly service to the public, as part of ongoing reforms in the Embassy. You will find a great deal of information to help you with your inquiries on the services we provide,

Whether you are planning to visit Sierra Leone for pleasure or business or in need of any other forms of assistance from the Embassy. We have also set up a means for Sierra Leoneans residing in the State of Kuwait to register with us, in order to provide an interactive service between the Embassy and our fellow citizens. Thank you. 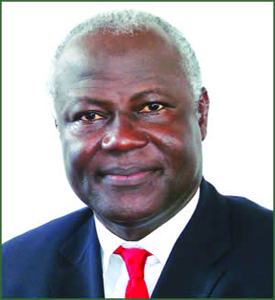 His Excellency Dr. Ernest Bai Koroma.
President of the Republic of Sierra Leone

The work of the Sierra Leone Embassy is to co-ordinate, promote and protect the national interests of Sierra Leone within Kuwait and the Middle East, in ways that contribute to the enhancement of  the country's security and socio-economic prosperity.

Duties conducted by the Embassy include:

Embassy and Welfare matters, Immigration Affairs, Legal and Education, Bilateral, Political and Multilateral Relations, Trade and Economic Affairs as well as information dissemination. And all general inquiries to assist Sierra Leoneans in the State of Kuwait.

Sierra Leone offers a wide variety of tourist attractions such as extended and roomy river and ocean beaches ideal for swimming and other water sports, unique wildlife, vast tracts of unspoiled nature ranging from tropical forests, magnificent waterfalls, some new rapidly growing cities and climatic conditions in some parts particularly conducive to holidaying. Other attractions include traditional ways of life preserved in local customs; rich and varied handicrafts and other colorful products depicting or illustrative of native arts and lifestyle, and the authentic unsophisticated but friendly attitude of many in the Sierra Leonean population. However, many of these attractions are still largely untapped and even at their raw, undeveloped state, they are still being enjoyed by few outsiders, either very rich visitors in quest of exoticism or adventurous people in search of new challenges and experiences. The lack of required modern infrastructural facilities and in some parts of the country, acute conditions of underdevelopment and poverty can be seen which many potential Sierra Leone bound tourist may not like to be confronted with. These are impediments to tourism, which the new administration has been tackling since assumption of office. Investors, both foreign and local, are therefore called upon to come and invest in the abundant tourism potentials in the country. The richness and diversity of Sierra Leone's tourism resources coupled with economic liberalization policies will provide investment opportunities in various areas as follows:

Meanwhile, most of Sierra Leone's beautiful beach locations are still largely without accommodation facilities, which are good targets for investors in most tourism destinations across the globe.

Oops! This site has expired.

If you are the site owner, please renew your premium subscription or contact support.